The Shenandoah Valley Bach Festival is a week-long summer music festival devoted to promoting an appreciation and understanding of the music of Bach and a featured composer, country, era or people. The festival which takes place in Harrisonburg Va., is widely recognized for its artistic excellence and has been named the “jewel in Harrisonurg’s crown” by the Virginia Commission for the Arts.

Each year the festival has used a different theme and graphic set designed by Kirsten Nafziger – a talented designer from Harrisonburg, Virginia. Since 2004, part of my job has been to develop the festival’s promotional print material and web/email campaign based on the year’s graphic elements.

Here is an example from the summer 2012 Bach festival. 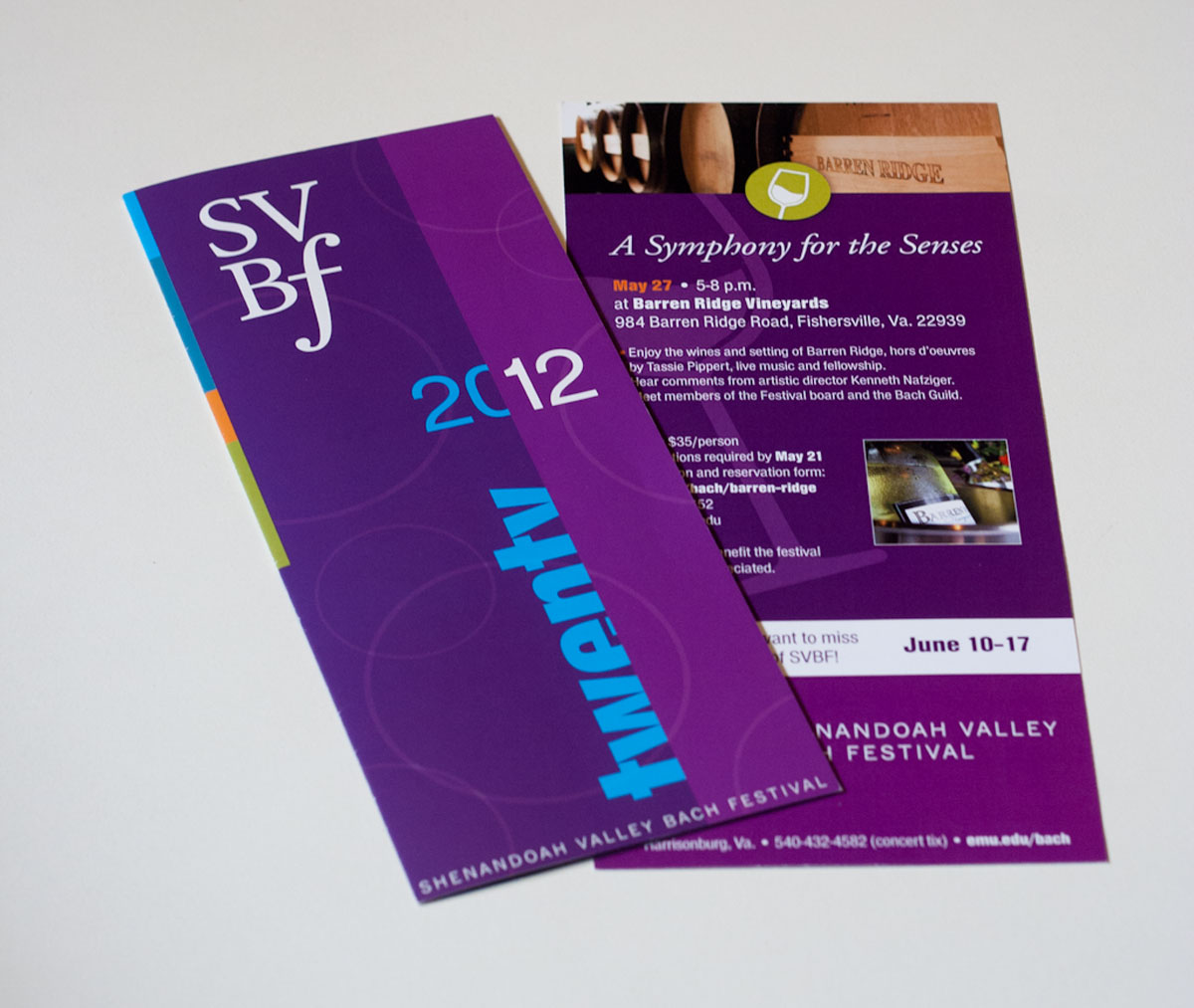 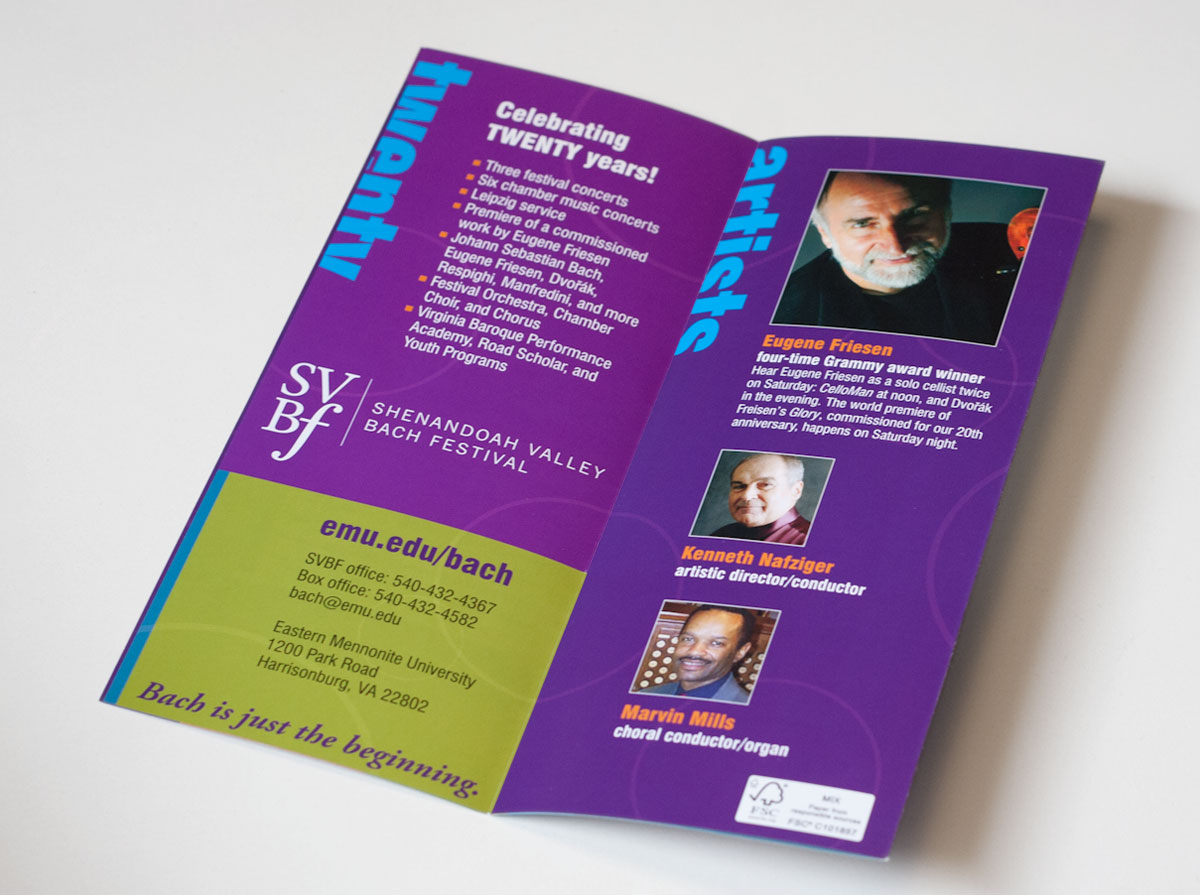 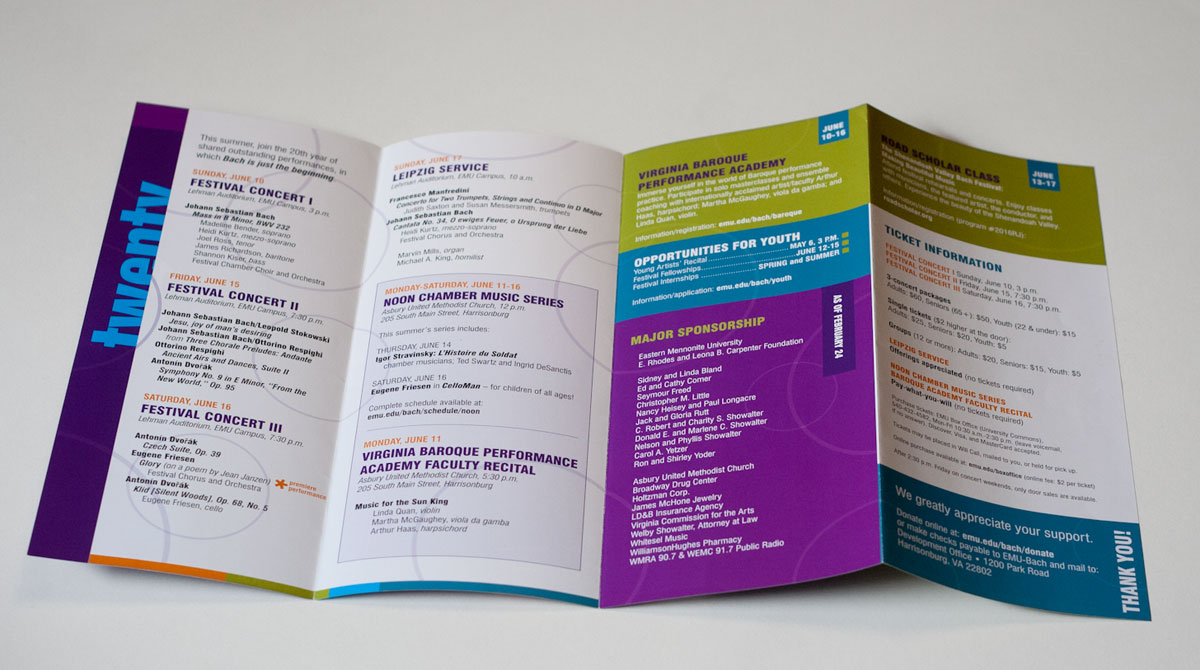